by Alex Ratynski
published April 29, 2016Last updated April 29, 2016
About a week ago I had the privilege of attending one of the best social media marketing Conventions around, Social Media Marketing World 2016. SMMW16 is put on every year by Michael Stelzner (the founder of Social Media Examiner) and his amazing team. Aside from the brilliant people that I had the privilege of meeting at convention, there were over 150 outstanding speakers to choose from. Some were presenting on panels working together, some were giving hour and a half workshops, others were giving keynotes to the audience of thousands of marketing experts. Needless to say, there was a lot of information to be taken and plenty to be shared. 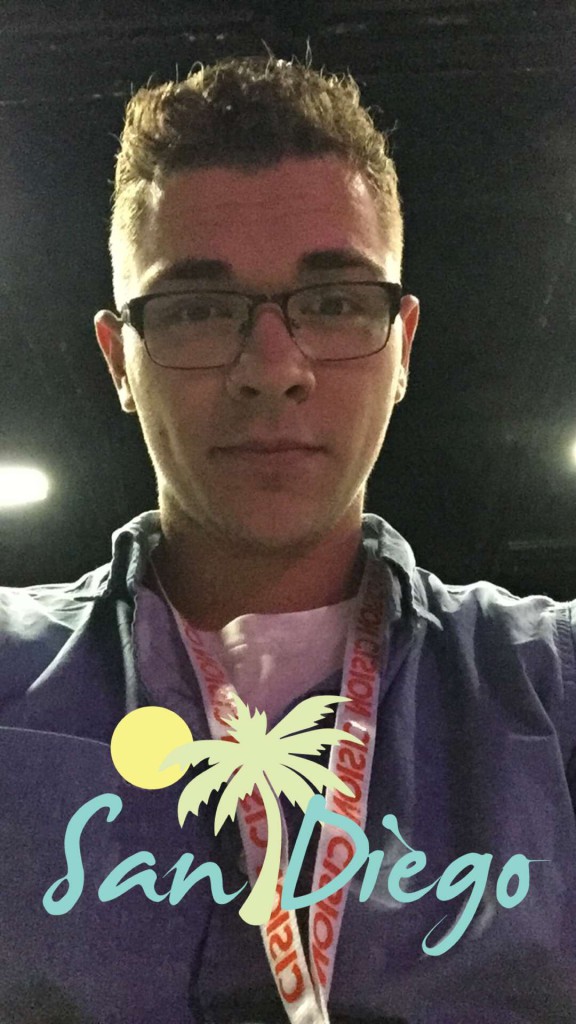 That being said, I wanted to take a few moments to mention the top five takeaways from Social Media Marketing World 2016 this year and some of the emerging trends and tactics in the world of marketing.

This point was really brought out well in Stelzner’s Keynote Monday morning. Michael discussed the hype behind live video, starting with the excitement behind “Meerkat” followed by its fall. He also discussed the genius behind Periscope from Twitter, and then finally “Facebook Live” and the amazingly powerful tool that Facebook now possesses. With such a momentous surge behind video marketing as a whole and the growth that can be seen, it is no wonder why live video has been performing in the way that it has. 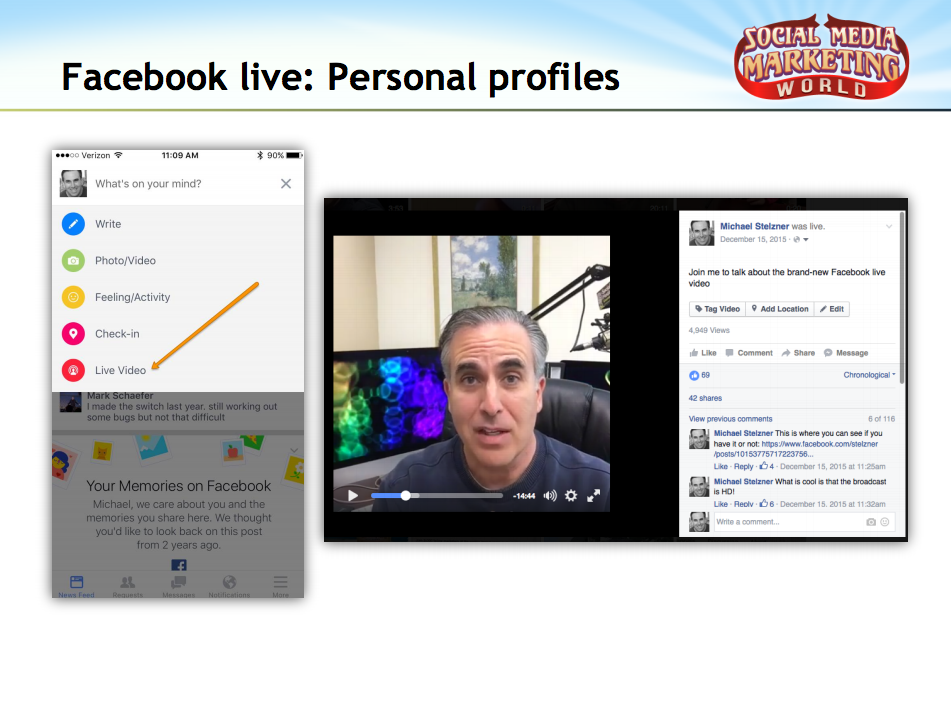 Due to the success live video receives, Facebook re-incentivizes live content by algorithmically showing it preference in the newsfeed of its viewers. At least at this point in time, those who are taking advantage of live video content and making it worth watching are receiving a much higher audience reach, and overall, a much better audience retention rate. Keep in mind that live video content is a hugely underestimated tool that most are not taking advantage of fully. However, never forget the importance of making good quality content. The authenticity behind live video can also come with its own challenges. As Christopher Penn (@cspenn) mentioned in his Facebook Live Video reviewing the conference: “Yes, live video is more authentic, but if your content is bad, then it is authentically bad.”
Key takeaway: Live video is a great tool, but don’t neglect the importance of quality content.

2. “Obsess about the behavior of people.”

This was mentioned, and honestly, is truly embraced to the full by the amazing Gary Vaynerchuck (@garyvee). In the keynote Monday night, hosted by Marcus Sheridan (@TheSalesLion) Gary discusses his fully embraced notion of observing people and basing decisions off of what they are responding to. He suggests that everyone should spend less time worrying about the permanent life-long stance of a social platform or a tool and more time invested in leveraging what is already working now. 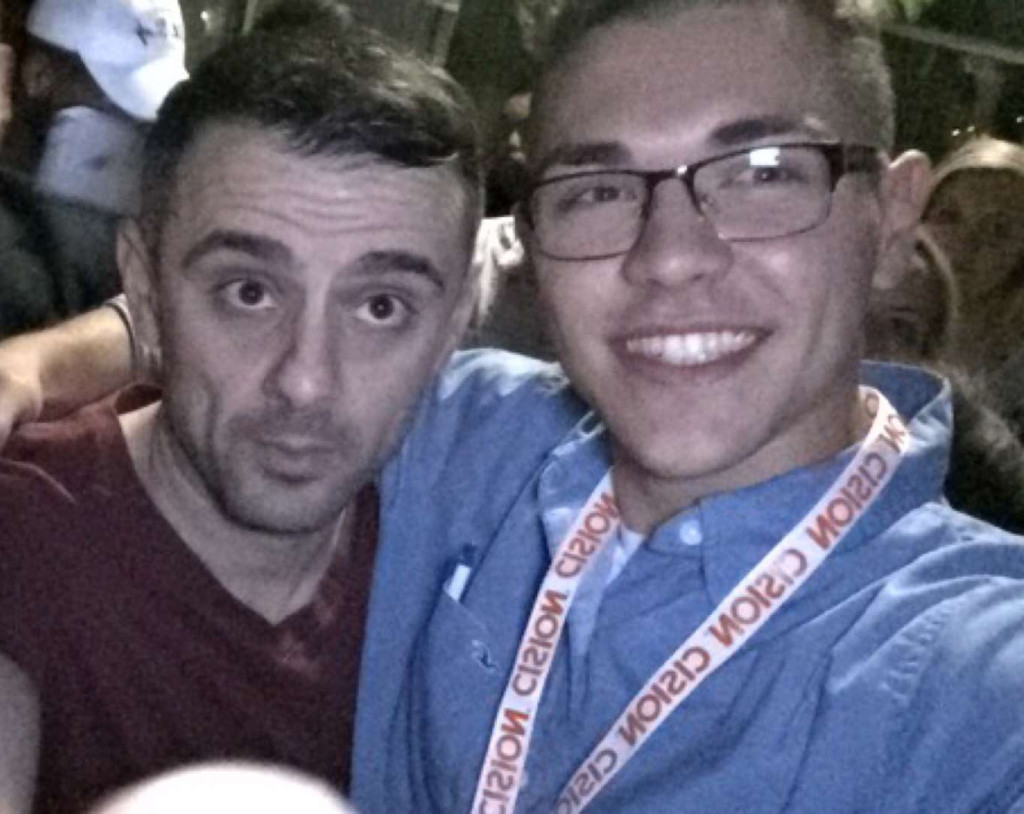 As Gary put it “Nobody cares that Seinfeld eventually isn’t the number one show on television. Nobody is concerned that American Idol eventually faded.” He goes on to mention how we are looking at these platforms all wrong. It isn’t about whether Facebook may eventually die or fade, or if Twitter eventually becomes the next Google+. “They are here right now… So while it is number one in the ratings, I am more than happy to put in a ton of energy towards it, and if it dies off tomorrow I am okay with that.”

Key takeaway: Observing the behavior of people right now will reflect the best means of marketing to them, and ultimately drive sales.

3. “Many of the benefits of social media are qualitative, not quantitative, baby.”

This was one of the best points that Mark Schaefer (@markwschaefer) brought out in the final keynote of the conference. At this point in society, most businesses understand that they should be on social media. However, not everyone can see the ROI in it. Many also don’t know what they should be measuring when it comes to social. Mark brings out that expecting quantitative ROI immediately is not the right metric to be pursuing, because “Many of the benefits of social media are qualitative, not quantitative, baby.” Marketing is a process. It starts with top of the funnel awareness, moves to a reliable reach within an audience, and then from there you begin to gain ROI over time. Understanding this foundational thinking will allow all small business owners to have a much greater advantage over corporations who do not comprehend this, due the thick fog in communication between corporate level authorities and those actually dealing with social media. 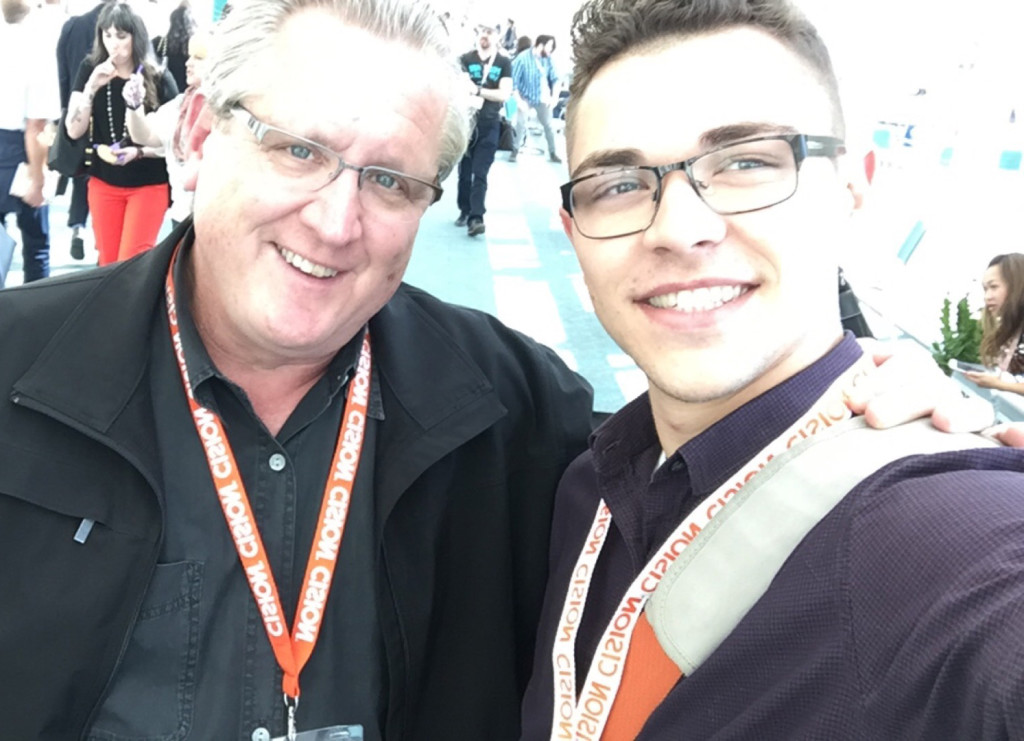 Mark went on to share a study done by Social Media Examiner with thousands of businesses and the direct correlation between achieved awareness through social media and an actual financial gain. 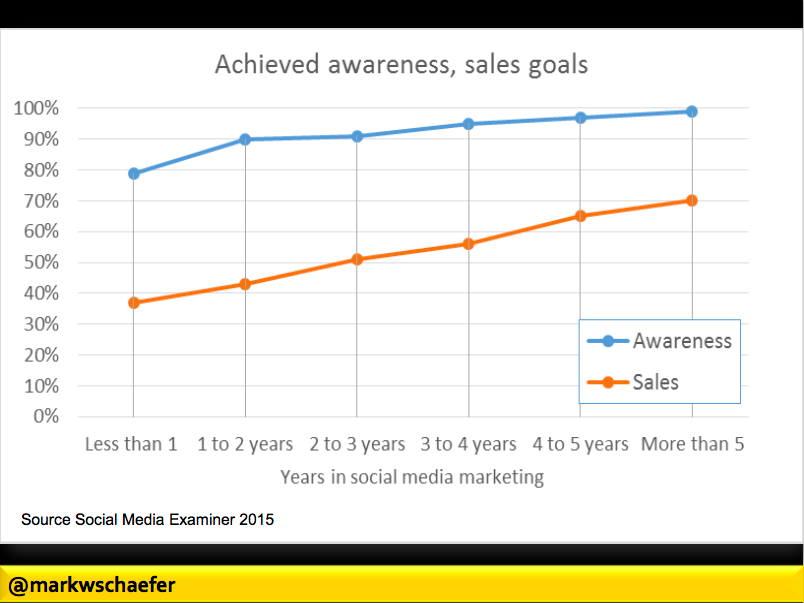 Key takeaway: The ROI of social media may not be immediate or seen in a quantitative setting, but is absolutely mandatory in this day and age to assist with your overall marketing efforts and sales goals.

I don’t know if you have heard, but Snapchat is big. It is one of the largest growing social networks around and is predicted to grow and gain an even larger audience. Stelzner predicted it will join Facebook and Twitter as one of the top three social networks. It has already surpassed all other social networks with the exception of Facebook in terms of being the most active, purely due to the nature of its design. I could (and probably will) write an entire blog solely around Snapchat; its perks, its benefits, and the challenges that you run into using it.

Gary Vaynerchuck said it well when he mentioned, “Right now, if you want to sell to a 13 – 22 year old, in America, Snapchat is the DOMINANT place to do that, with Instagram being a distant second.” Later Gary also mentioned, “If you are trying to sell to 53 year olds in a B2B environment, Snapchat is not ready, even though it is super shiny and you want it.”

When we take into consideration the facts that Carlos Gil (@CarlosGil83) brought out in his seminar, like: “77% of Snapchat’s U.S users are 18-55 year-olds, understanding that about 60% of them are still in the ‘Millennial’ category.” This platform is no longer “only for young people”; we are already beginning to see some major growth in the demographic, which is often the case with all social media platforms.

Snapchat is an amazing tool to be using if you are able to consistently curate good content. If your target market falls into the demographic that Snapchat is hitting, it may be for you. I will be writing a blog soon about Snapchat specifically and whether you should consider using it, so keep an eye peeled for that; it may answer more questions.

Key takeaway: The thing to keep in mind is that it is the next big thing, and is an extremely powerful tool if you leverage it appropriately. 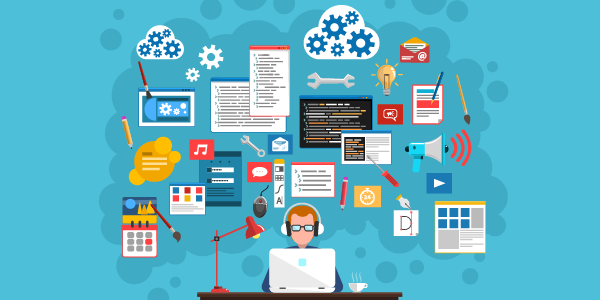 Some great tips I enjoyed in relation to creating great content:

Key takeaway: Don’t underestimate the power of the quality of your content, coupled with engaging with the community absorbing it.

Overall, SMMW16 was an outstanding conference. We understand that the world of social media and of marketing is always changing, but sometimes we don’t see just how fast it can happen. That is why the entire team here at Roadside does its best to always know what is going on in the industry and stay in touch with it. I would also like to thank all the amazing speakers, attendees, and Social Media Examiner employees for making this year’s #SMMW16 such a great one.